Posted on 4th June 2019 at 22:07
In the furore over the TD on the swing a far more interesting Judgment was published on the 22nd May by the Court of Appeal.
In that case the Appellant had been photographed at private “swingers” parties. Unfortunately, when his relationship broke up, his ex-partner then distributed the photographs to a National Newspaper.
They were published and he sued for both defamation and/or an invasion of his right to privacy.
The Court of Appeal upheld the award of €250,000.00 for defamation but in an important judgment confirmed that the Appellants right to privacy had also been infringed.
In a strong statement the Court of Appeal said: -
“There is about every person, be they a public figure or not, a carapace of privacy recognised and protected by law, which protects a private space in which a person’s life may be lived without unwanted intrusion by others, including the media, and without fear that elements of that life that are within that private space will without their consent be exposed to public view for some commercial purpose such as the curiosity and gratification of a voyeuristic readership or other audience.
What happened to this respondent was a gross intrusion by the Newspaper into that private protected space within his life. Whether he was a willing participant at these so called “swingers” parties, and whether or not he enjoyed them, or simply went along because his partner wished him to is really beside the point. There were parties held in private houses in which photographs of him were taken. He was not and is not a public figure. The publication of the photographs was a grave breach of his right to privacy. The fact that they were provided to the newspaper by the former partner of the respondent and not taken by an Employee of the newspaper itself does not absolve the appellant from its obligations not to unlawfully breach this constitutional right to privacy. In my view, the justification for publication based on the “vacuous plea”, of a public interest in articles to which the photographs were associated does nothing to mitigate the seriousness of the breach. The appellant was made aware that serious harm would result for the respondent and, indeed, that occurred as predicted by him. The breach was deliberate, conscious and premediated. In my view it cannot be excused.”
The Court of Appeal went on to award the appellant €50,000.00 for breach of his right to privacy.
This a seminal judgment which in my view will cause grave difficulties for people who operate in Social Media such as Instagram and Facebook. If a photograph is taken and put up on the media without the consent of the person whose image has been taken, and that photograph is in any way demeaning to that person, it appears that they will now have a valid claim for breach of their constitutional right to privacy against both the person who took the photograph and the social media platform upon which it is published.
It will be interesting to see how this will affect the publication of photographs on Social Media, but it is something that everybody should be aware of when taking photographs, especially of their friends in social occasions or perhaps vaguely compromising positions that they may later be sued.
In addition, the Court of Appeal upheld an award of €250,000.00 despite having some three months earlier said that awards in defamation cases were too high and except in the most serious cases should not exceed €250,000.00. It is a matter for the reader to decide whether a quarter of a million was an excessive damage for an article of this type.
So be careful. That funny video of your drunk friend could land you in a lot of trouble. 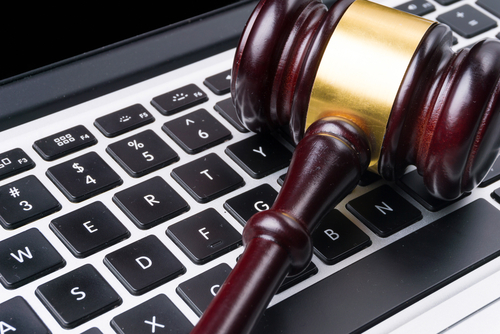