Court of Appeal heralds death knell for the Compensation Culture

Posted on 9th May 2019 at 21:39
Two recent decisions of the Court of Appeal show that the balance in personal injury claims is now swinging back firmly in favour of the defendants.
In both cases, a leading supermarket chain appealed an award of damages against two of their employees. In the first case, the employee had slipped on a wrapper which had somehow become torn from rubbish bags. In the second, the employee had tripped on some plastic wrapping paper which was on the floor of a freezer he was entering to get food.
In both cases, the claimants received a substantial award of damages from the High Court.
However, the Court of Appeal overturned both awards and dismissed the claims. In both cases, the Court of Appeal said that employers are not the insurers of their employees’ welfare at work. Provided they take reasonably practical precautions to ensure their employees’ welfare, they cannot be responsible for what might be termed “accidents”.
In the wrapping paper case, an employee had been in the area less than five minutes previously on cleaning duties and had not seen the wrapping paper, and in the plastic wrapping case, the employee in question had received training in how to clean up as they went along, and it was obvious that the wrapping paper was a clear and present danger which they should have cleaned up.
A series of decisions taken by the Court of Appeal in the last twelve months clearly shows that people bringing personal injury claims can no longer expect to receive what might be termed “easy” money from the Courts, but rather they must show that the person whom they are suing was the person who caused the accident, and that there was clear negligence on that person’s part. The days of every trip and fall leading to a successful claim for compensation are, I’m afraid, gone.

At Marcus Lynch Solicitors, our Litigation Department gives clear, concise and appropriate advice to all our clients who have issues which may lead to litigation.
For expert legal advice please call Hugh O’Neill at 01 873 2134, email hugh.oneill@lynchlaw.ie or fill in the 'Contact Us' form above to receive a call back. 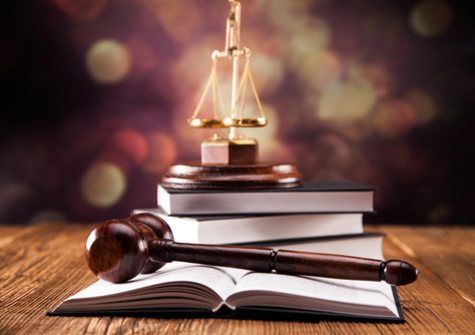